Artículos relacionados a Temples Of Delight 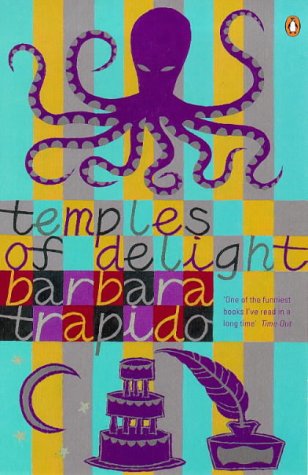 The moment Jem joined her class in the middle of Silent Reading, Alice knew her life was irrevocably changed. Glamorous, different, a subversive treading the exciting line between reality and fantasy, Jem seduces Alice with The Magic Flute, esotericliterature and the vivid fabric of her past - and then vanishes as abruptly as she came, leaving Alice bereft. Until, five years on, Jem blazes her sphere again, trailing a chaotic wake of mystery and cosmic casalty. And then the infuriating demoniac Giovanni appears. Giovanni who, sharing Jem's gift for suffusing life with magic, fantasy with life, becomes Alice's very own dangerous Sarastro, holding the talisman...

Barbara Trapido was born and educated in South Africa and came to London in 1963. She now lives in Oxford with her family.

Her first novel, Brother of the More Famous Jack, was awarded a special prize for fiction at the Whitbread Awards of 1982;her second novel, Noah's Ark, was published in 1985. Temples of Delight is her third novel and was shortlisted for The Sunday Express Book of the Year Award in 1990. Juggling, a sequel to this book, is also published by Penguin.