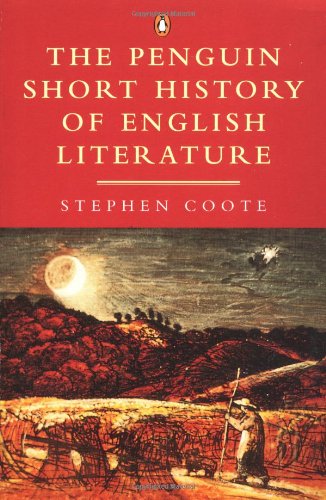 This guide to English literature covers the period from (roughly) the "gawain poet" to the present day. The book surveys the lines of development that lead from the Anglo-Saxon poet, or scop, singing his work at his chieftain's hearth, to the modern poetry of Geoffrey Hill and Seamus Heaney. Each chapter provides a generous overview of styles and themes along with vivid, compact accounts of the major figures. The author examines Chaucer and his medieval contemporaries, Shakespeare and the golden age of drama, and the progress of poetry from Donne through Milton to Dryden. A survey of 20th-century writers such as Yeats, Lawrence, Joyce and T.S. Eliot completes the book.

1. THE PENGUIN SHORT HISTORY OF ENG