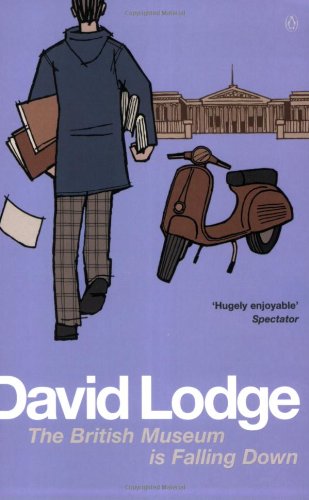 The Rhythm Method is the curse of young Adam Appleby’s life and the cause of his children’s.

While Adam gestates his thesis in the British Museum, his wife worries at home because her period is late and a fourth little bundle of (expensive) joy seems to be on the way, thanks to ‘Vatican Roulette’. Though Adam’s experience is constantly coloured by the authors he is studying, one distinction remains clear: ‘Literature is mostly about having sex, and not much about having children. Life is the other way round.’

A sharply perceptive comic novel, ‘London Bridge is Falling Down’ brilliantly captures the absurd, pitiful dilemma of Catholics in the days when the Pill was just an enticing rumour.

David Lodge has written many bestselling novels, including THINKS and NICE WORK. His books have sold well over a million copies in Penguin. Formerly Professor of English at Birmingham University, he now writes full-time. He continues to live in Birmingham.

1. The British Museum Is Falling Down

2. The British Museum Is Falling Down

3. THE BRITISH MUSEUM IS FALLING DO