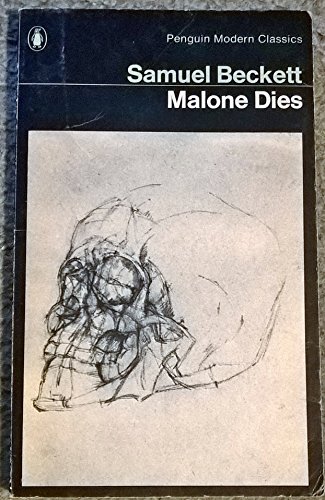 Samuel Beckett was born in Dublin in 1906. After graduating from Trinity College, Dublin, in the late twenties he went to Paris to join the staff of the École Normale Supérieure. He met James Joyce and his first published work was an essay on Joyce's Work in Progress (later Finnegans Wake). After travelling in Germany and undergoing psychotherapy in London, he settled in Paris, where he remained during the Second World War, active in the French Resistance. From the spring of 1946 he elected to use French as his language of literary composition and over the next five years he wrote two plays, four novels, poetry, criticism and four novellas in that language. He was awarded the Noble Prize for Literature in 1969.

Descripción Penguin Books Ltd, U.S.A., 1970. Mass Market Paperback. Condición: Fair. Some edgewear to covers. Creasing on spine and front and back cover. Spine slanted slightly to the right. Underlining throughout text. Pages are toned with age. Binding is tight and secure. ***Ships today or next business day. Our items are carefully described and packaged in boxes (not envelopes). A gift card and personalized message can be included upon request.*** Size: 7 x 4.5. Nş de ref. del artículo: 215158

Descripción Paperback. Condición: Good. The book has been read but remains in clean condition. All pages are intact and the cover is intact. Some minor wear to the spine. Nş de ref. del artículo: GOR001444133

Descripción Paperback. Condición: Fair. A readable copy of the book which may include some defects such as highlighting and notes. Cover and pages may be creased and show discolouration. Nş de ref. del artículo: GOR001557672

Descripción Paperback. Condición: Very Good. The book has been read, but is in excellent condition. Pages are intact and not marred by notes or highlighting. The spine remains undamaged. Nş de ref. del artículo: GOR001446010