Artículos relacionados a I Was Amelia Earhart

Mendelsohn, Jane I Was Amelia Earhart

I Was Amelia Earhart 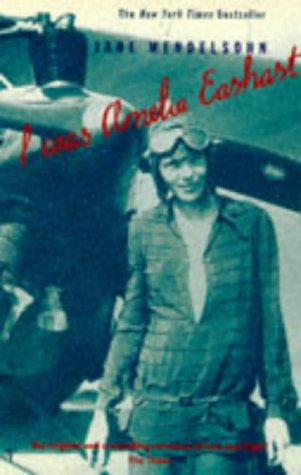 A fictitious account of Amelia Earhart's last flight, with flashbacks to her childhood and difficult marriage. Amelia and her raffish, drunken navigator, Noonan, crash-land on a desert island. They fight, touch madness and finally fall in love, before taking off again on only half a tank of petrol.

Nearing Howard Island, about to land on a specially constructed airstrip, at noon on July 2nd 1937, Earhart and her navigator lost radio contact and disappeared into the Pacific. The 'goddess of flight' as the press had crowned her, had vanished. Mendelsohn's fictional narrative, narrated by Earhart herself, takes us through this final flight - with flashbacks to Earhart's childhood, her early obsession with air-flight and her difficult marriage to the publisher George Putnam - and imagines Earhart's plane not disappearing into the ocean, but crashlanding on an uninhabited island in the Pacific. Earhart and her raffish, drunken navigator, Noonan, become castaways on a desert island. Forced together, they fight, accommodate each other, start to go mad, and then finally, fall in love. . .

1. I Was Amelia Earhart Mendelsohn, Jane