Artículos relacionados a Middle School: How I Survived Bullies, Broccoli, and... 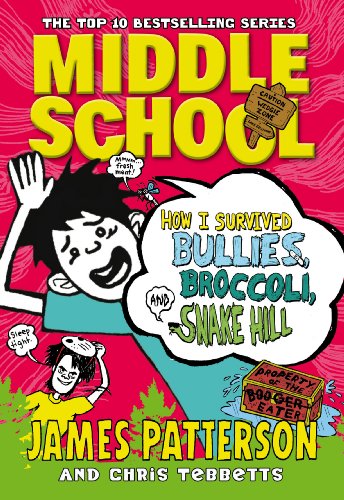 Rafe Khatchadorian is ready for a fun summer at camp – until he finds out it’s a summer school camp! Luckily, Rafe easily makes friends with his troublemaking cabin mates and bunkmate, a boy nicknamed Booger Eater, who puts up with endless teasing from the other kids. Rafe soon realises there’s more to a person than a nickname, though, and Booger Eater might be the kind of friend you want on your side when the boys from the Cool Cabin attack.

This fourth book in the massively popular Middle School series is an unforgettable summer of hi-jinks, new friends, and surprises, all told with the hilarity and honesty readers have come to expect from blockbuster author James Patterson.

JAMES PATTERSON is one of the best-known and biggest-selling writers of all time. He is the author of the internationally bestselling Middle School books, I Funny, Treasure Hunters, Confessions of a Murder Suspect, and the Maximum Ride, Witch & Wizard and Daniel X series. In 2010, James Patterson was voted Author of the Year at the Children's Choice Book Awards in New York. He lives in Florida.