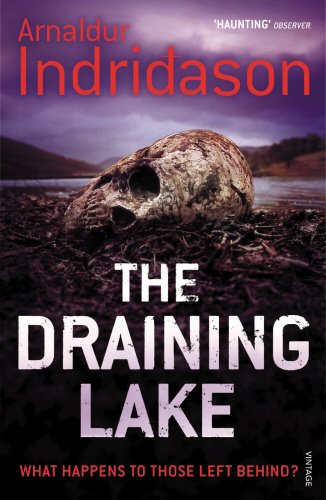 "A beautiful, sad, haunting tale of lost love and lost illusion, regret and betrayal" (The Times)

"Beautifully written and translated, the novel has both a strong sense of place and themes that transcend it; it confirms Indridason as one of those crime writers who rises above genre, combining suspense with moving insights into the human condition" (Sunday Times)

In the wake of an earthquake, the water level of an Icelandic lake drops suddenly, revealing the skeleton of a man half-buried in its sandy bed. It is clear immediately that it has been there for many years. There is a large hole in the skull. Yet more mysteriously, a heavy communication device is attached to it, possibly some sort of radio transmitter, bearing inscriptions in Russian.

The police are called in and Erlendur, Elinborg and Sigurdur Oli begin their investigation, which gradually leads them back to the time of the Cold War when bright, left-wing students would be sent from Iceland to study in the 'heavenly state' of Communist East Germany.

The Draining Lake is another remarkable Indridason mystery about passions and shattered dreams, the fate of the missing and the grief of those left behind.