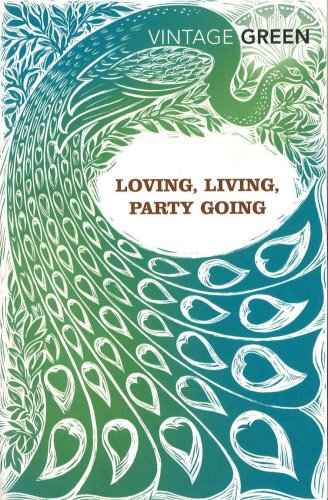 "Green paints an unforgettable portrait of a doomed, amoral world whose characters, trapped in the fog, are somehow waltzing blithely towards oblivion...cinematic in its intensity" (Robert McCrum Guardian)

"Heartbreaking, funny and written with such luminous prose - he's the most brilliant, and neglected, of English writers" (Red Magazine)

"Perhaps the best introduction to another great original of the English novel, who learned from Firbank’s economy, but who had his own quite different imaginative world. Loving, set among the servants of an Irish country house, combines his superbly truthful ear for how people really speak with an unforgettable vein of surreal poetry" (Alan Hollinghurst New York Times)

"The most original, the best writer of his time" (Rebecca West)

"The most gifted prose writer of his generation" (V. S. Pritchett)

WITH AN INTRODUCTION BY SEBASTIAN FAULKS

Henry Green, whom W. H. Auden called 'the finest living English novelist', is the most neglected writer of the last century and the one most deserving of rediscovery by a new generation. This volume brings together three of Henry Green's intensely original novels.

Loving explored class distinctions through the medium of love and brilliantly contrasts the lives of servants and masters in an Irish castle during World War Two, Living of workers and owners in a Birmingham iron foundry. Party Going is a brilliant comedy of manners, presenting a party of wealthy travellers stranded by fog in a London railway hotel while throngs of workers await trains in the station below.

Descripción 2005. Paperback. Condición: New. Paperback. Henry Green, whom W.H. Auden called 'the finest living English novelist', is the most neglected writer of the last century and the one most deserving of rediscovery by a new g.Shipping may be from our Sydney, NSW warehouse or from our UK or US warehouse, depending on stock availability. 544 pages. 0.373. Nş de ref. del artículo: 9780099481478