Artículos relacionados a In The Pond

Jin, Ha In The Pond 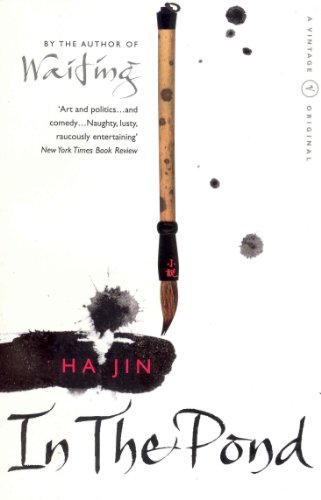 "Fascinating...spare and taut... A fable about morality and power" (Chicago Tribune)

"Ha Jin captures the particularities of life in China, yet we recognise his characters intimately. The 'otherness' of this most foreign nation falls away as one vividly drawn human after another takes flesh on the page" (Boston Globe)

"Fascinating, refreshing and uncommonly subtle: Ha Jin has made China available to a new world and a world of new readers" (Kirkus Reviews)

"A compelling exploration of the terrain that is the human heart... an all too rare reminder of the reasons why someone might feel so strongly about a book" (New York Times)

Shao Bin is a factory fitter in a small Chinese town, a poor and unconnected man with a young wife and a small child, but also an accomplished artist and calligrapher. He's worked at the plant for six years, so feels that this time his family will get an appartment in Worker's Park, where his wife won't have to walk two miles to wash their clothes.

But the party controls everything in the town, and again, the apartments go to corrupt officials and their cronies. Outraged, Bin pens a series of political cartoons attacking them, and finds his trouble is only just beginning.