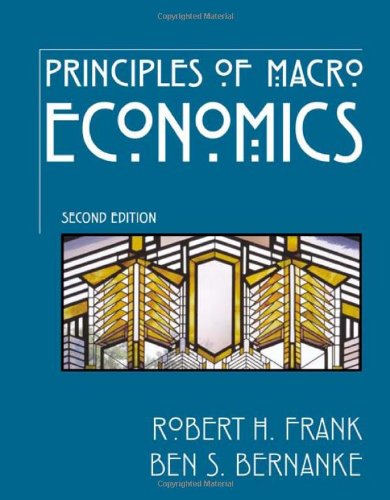 The text seeks to teach introductory students the core economic concepts without overwhelming them with details. It introduces a list of core principles, then reinforces them by illustrating and applying each principle in several contexts.

In recent years, innovative texts in mathematics, science, foreign languages, and other fields have achieved dramatic pedagogical gains by abandoning the traditional encyclopedic approach in favor of attempting to teach a short list of core principles in depth. Two well-respected writers and researchers, Bob Frank and Ben Bernanke, have shown that the less-is-more approach affords similar gains in introductory economics. Although recent editions of a few other texts have paid lip service to this new approach, Frank/Bernanke is by far the best thought out and best executed principles text in this mold. Avoiding excessive reliance on formal mathematical derivations, it presents concepts intuitively through examples drawn from familiar contexts. The authors introduce a well-articulated short list of core principles and reinforcing them by illustrating and applying each in numerous contexts. Students are periodically asked to apply these principles to answer related questions, exercises, and problems.

The text also encourages students to become "Economic Naturalists," people who employ basic economic principles to understand and explain what they observe in the world around them. An economic naturalist understands, for example, that infant safety seats are required in cars but not in airplanes because the marginal cost of space to accommodate these seats is typically zero in cars but often hundreds of dollars in airplanes. Such examples engage student interest while teaching them to see each feature of their economic landscape as the reflection of an implicit or explicit cost-benefit calculation.

The Second Edition of Frank/Bernanke follows the successful First Edition with severalpedagogical improvements. Based on reviewer feedback, this edition offers (1) even more streamlined coverage of the cost-benefit approach in the introductory chapter; (2) exercises that are more closely tied to the examples; (3) expanded narrative explanations of important principles, making them more accessible to average students; and (4) expanded coverage of several key topics Ýsee below . The result is a revision that is motivating to students, an effective text for teaching, and an exciting first course in Economics.