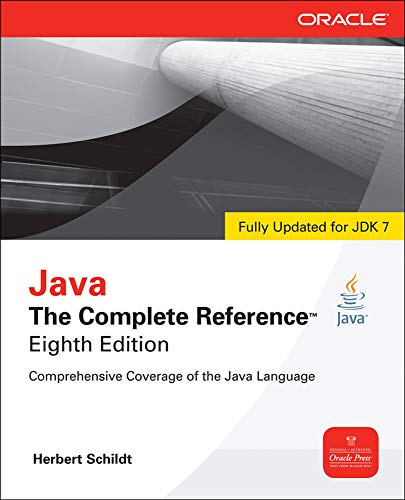 Publisher's Note: Products purchased from Third Party sellers are not guaranteed by the publisher for quality, authenticity, or access to any online entitlements included with the product.

Herbert Schildt is a world leading programming author.  He is an authority on the C, C++, Java, and C# programming languages, and a master Windows programmer. His programming books have sold more than three million copies worldwide and have been translated into all major foreign languages. He is the author of numerous best sellers including C: The Complete Reference, Java 2: The Complete Reference, Java 2: A Beginner's Guide, C#: A Beginner's Guide, and many more.  Schildt holds a master's degree in computer science from the University of Illinois.

Descripción McGraw-Hill Education. soft cover. Condición: New. International Edition. No supplemental materials. International Editions may have a different cover or ISBN but generally have the exact same content as the US edition, just at a more affordable price. In some cases, end of chapter questions may vary slightly from the US edition. International Editions are typically printed in grayscale, and likely will not have any color throughout the book. New. Books ship from multiple locations depending on availability. All orders are shipped with tracking information. We take pride in our customer service. Please contact us if you have any questions regarding this listing. Nş de ref. del artículo: 8972