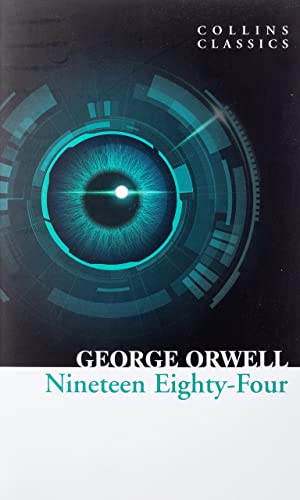 Descripción HarperCollins Publishers, United Kingdom, 2021. Paperback. Condición: New. Language: English. Brand new Book. HarperCollins is proud to present its incredible range of best-loved, essential classics. Winston Smith rewrites history. It's his job. Hidden away in the Record Department of the sprawling Ministry of Truth, he helps the Party, and the omnipresent Big Brother, control the people of Oceania. Winston knows what a good citizen of Oceania must do: show his devotion for Big Brother and the Party; abstain from all vices; and, most importantly, possess no critical thoughts of their own. The new notebook he's begun to write in is definitely against the rules - in fact, the Thought Police could arrest him simply for having it. Yet, as Winston begins to write his own history, a seed of rebellion begins to grow in his heart - one that could have devastating consequences. In George Orwell's final and most well-known novel, he explores a dystopian future in which a totalitarian government controls the actions, thoughts and even emotions of its citizens, exercising power through control of language and history. Its lasting popularity is testament to Orwell's powerful prose, and is a passionate political warning for today. Nş de ref. del artículo: AA89780008322069