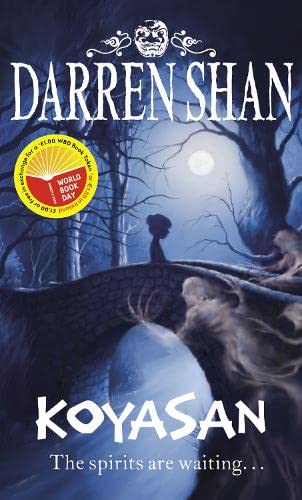 “The master of children’s horror at his blood-curdling best.” Publishing News

Praise for The Saga of Darren Shan

Lord of the Shadows
'Stephen King for kids ... Darren Shan has brought his own brand of vampire mythology into the heads and hearts of thousands of children with his vivid and compelling series The Saga of Darren Shan, about one boy's journey from ordinary lad to vampire prince. Once they're hooked, kids tend to rip into the flesh of these books, quickly draining them of their life blood. The covers, with images of ghouls, creeping hands and dripping fangs are terrifying alone. ' Metro Life, Evening Standard

"I read Cirque Du Freak last week. I loved it. I love the way you manage to juggle the funny with the unpleasant, the affection with the hurt. It's
great story-telling."
Roddy Doyle

Vampire Mountain
“Get your teeth into it!”
Funday Times

Take a step into the unknown in a spine tingling story for World Book Day from the internationally bestselling Darren Shan.

“The boys and girls in the graveyard were shouting, but Koyasan no longer heard them. The world had become a wide, grey void. She could hear deep rasping sounds, the breath of creatures which had been human once but weren't any more...”

Koyasan is too scared to cross the bridge and play in the graveyard like the other children. But when her sister's soul is stolen, she must find the courage to enter a realm of evil, shape-shifting spirits.

And the spirits are waiting...