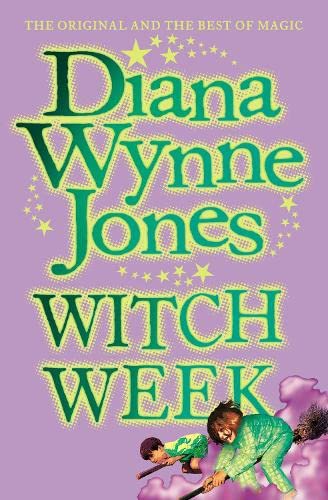 “...Her hallmarks include laugh-aloud humour, plenty of magic and imaginative array of alternate worlds. Yet, at the same time, a great seriousness is present in all of her novels, a sense of urgency that links Jones’s most outrageous plots to her readers’ hopes and fears...”
Publishers Weekly

The worlds of Chrestmomanci have limitless possibilities. How, then, does a nine-lived enchanter cope with a place where witchcraft is utterly forbidden, yet where magic still seems to break out like measles – all over the place!

The note said: SOMEONE IN THIS CLASS IS A WITCH.
It was written in ordinary blue ballpoint and had appeared between two of the homework books Mr Crossley was marking.

Anyone could have written it, but the most awful thing was, the note might be true – for this was a school for witch-orphans. The last thing Miss Cadwallader, the Headteacher, would want was a visit from the Divisional Inquisitor.

Mr Crossley wondered what to do about it...