Artículos relacionados a Spice: The History of a Temptation [Idioma Inglés]

Jack Turner Spice: The History of a Temptation [Idioma Inglés]

Spice: The History of a Temptation [Idioma Inglés] 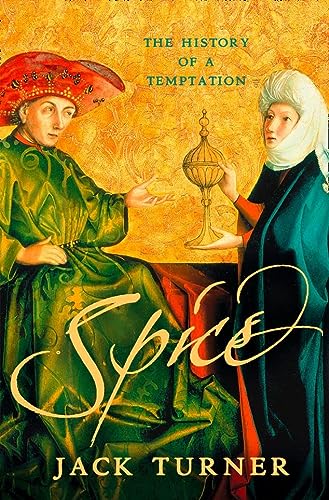 ‘Epic and evocative...as readable as it is exotic.’ Independent

‘Sumptuous. Turner is equally at ease in antiquity and the Middle Ages.’ Guardian

A history of the trade that controlled the world and left an indelible impression on our taste buds; a sweeping story of avarice, ingenuity and exploration, spanning the globe and the centuries in its epic reconstruction of this magnificent obsession.

Spices: for centuries the staple of cuisine, remedies and ritual, they have commanded the highest of prices. To this day, saffron is, per ounce, one of the most expensive commodities known to man. For their sake, fortunes have been made and lost, empires built and destroyed, and new worlds discovered. Astoundingly, in the 17th-century more people died for the sake of cloves than in all the European dynastic wars of the period.

However the spice trade dates bank thousands of years before this. Ancient Egyptian hieroglyphs depict a merchant fleet sailing south to the Horn of Africa and returning triumphantly with a priceless cargo of cinnamon. Only the story of mankind’s infatuation with precious metals can rival the story of spice in scope; and only the history of silver and gold rivals that of spice for its improbable and extraordinary combination of discovery and conquest, heroism and savagery, greed and violence.

1. Spice: The History of a Temptation