Artículos relacionados a Cultures and Organizations: Software of the Mind (Successful...

Cultures and Organizations: Software of the Mind (Successful Strategist S.) 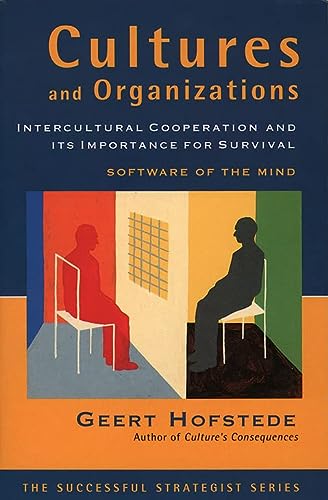 Despite calls for better co-operation between countries and different cultures, there is still confrontation between people, groups and nations. But at the same time they are exposed to common problems which demand co-operation for the solution of these problems. This book helps to understand the differences in the way strategists and their followers think, offering practical solutions for those in business to help solve conflict between different groups.

People of other countries, of another generation, social class, job or organisation, often think and act in ways that puzzle us. To these people, of course, we are the ones who behave in a surprising manner. What separates them from us is the culture in which either of us grew up. 'Culture' in this sense is not the same as 'civilisation'; it encompasses much more. Deeply-rooted and, therefore, often unconscious values lead us to consider as normal what others think abnormal, as polite what to others is rude, and as rational what others find irrational.

Organisational cultures, however, are a different phenomenon; they do not follow the same dimensions, are more manageable, and in fact offer an opportunity to bridge national cultures. Following twenty-five years of research into multinational companies, Geert Hofstede reveals the circumstances in which organisational cultures can be managed effectively, and outlines ways of learning intercultural communication which are essential to success in the 1990s and beyond.

"An understanding of other cultures is essential if we are to develop a more stable world and at the same time create national wealth"
BRIAN BURROWS,
'Futures Information Associates'