Artículos relacionados a The Conversion of Europe

Fletcher, Richard The Conversion of Europe

The Conversion of Europe 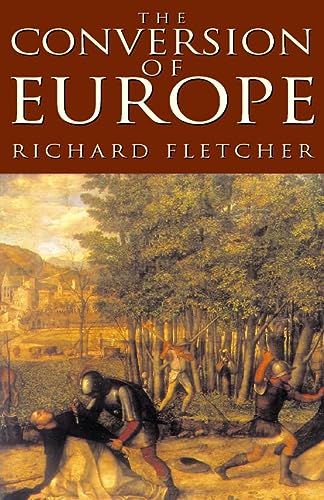 On The Quest for El Cid:

‘The best book on Spain I have ever read... Combining readability and investigative scholarship of the highest order. ’
Raymond Carr, Spectator Books of the Year

‘Written with dash and fluency... The scholarly contexts he provides are as masterly as his elegant readings of Moorish poetry.’
Jonathan Keates, Observer

The story of how Europe was converted to Christianity from 300AD until the barbarian Lithuanians finally capitulated at the astonishingly late date of 1386. It is an epic tale from one of the most gifted historians of today.

This remarkable book examines the conversion of Europe to the Christian faith in the period following the collapse of the Roman Empire to approximately 1300 when the hegemony of the Holy Roman Empire was firmly established.

One of the book’s great strengths is the degree to which it shows how little was inevitable about this process, how surrounded by uncertainties. What was the origin of the missionary impulse? Who were the activists who engaged in this work – the toilsome, often unrewarding, sometimes dangerous work of evangelisation, and how did they set about putting over this faith? How did a structure of ecclesiastical government come into being? Above all, at what point can one say that an individual or a society has become Christian? Fletcher’s range, lucidity and mastery of his sources brings the answers to these and many other questions as far within our grasp as they probably ever can be.

Like Alan Bullock and Simon Schama, Fletcher is a historian with the true gift of a storyteller and a wide general readership ahead of him.

Fletcher’s previous book, The Quest for El Cid won both the Wolfson History Prize and the Los Angeles Times Book Award for History. This book is even better – the most impressive achievement so far of this strikingly gifted historian.