Artículos relacionados a Cost of Capital, Corporation Finance and the Theory... 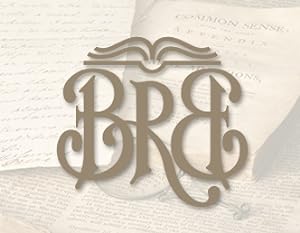 Cost of Capital, Corporation Finance and the Theory of Investment. IN: American Economic Review

MODIGLIANI, Franco and MILLER, Merton Howard. "The Cost of Capital, Corporation Finance and the Theory of Investment." IN: American Economic Review, Volume XLVIII, Number 3, pp. 261-297. Menasha, Wisconsin: American Economic Association, June, 1958. Octavo, original printed orange paper wrappers. Housed in a custom clamshell box. $4500.First printing of Nobel Prize-winner Franco Modigliani and Nobel Prize-winner Merton Miller's landmark theory of corporate finance."Up to the middle of the 1950s, the literature of corporate finance consisted mainly of descriptions of methods of institutions. Theoretical analysis was rare. It was not until Franco Modigliani and Merton Miller, in 1958, presented their now-famous theorem, and at about the same time James Tobin (Nobel Prize 1981) and others started to develop the theory of portfolio selection, that a scientific theory emerged concerning the connection between financial market characteristics and the financing of investments, debts, taxes, etc. Once established, this theory developed very rapidly" (Nobel Media). The Modigliani-Miller theorem is largely responsible for modern thinking on capital structure. It holds, in the absence of certain financial interference taxes, bankruptcy costs, agency costs, and asymmetric information and in an efficient market, the value of a firm is unaffected by how a firm is financed. Thus, setting aside those financial disturbances, it does not matter if a firm's capital is raised by issuing stock or selling debt or, indeed, by what a firm's dividend policy is. Hence, the Modigliani-Miller theorem is often called the capital structure irrelevance principle. Interestingly, the core of the Modigliani-Miller theorem is adaptable. For example, when the interest on debt is tax deductible, the value of a company increases proportionally. The source of additional value is due to the amount of taxes saved by issuing debt instead of equity. This type of flexibility to the theory has made Modigliani-Miller one of the most important theories in corporate finance. Modigliani was awarded the 1985 Nobel Prize in Economics for this and for his "pioneering analyses of saving and of financial markets." Miller, in turn, was co-awarded the 1990 Nobel Prize in Economics for separate work "in the theory of financial economics" with his work with Miller cited for "fundamental contributions to the theory of corporate finance." Toning to spine and bottom half inch of front wrapper, creasing to corner of back wrapper. A near-fine copy. Rare. N° de ref. de la librería 104697

Título: Cost of Capital, Corporation Finance and the...

We are a rare bookseller based in Philadelphia, with stores in New York, and Las Vegas. If you would like to contact us about any of our books listed on the site, please use the 'Contact the bookseller' link on the listing page.


If you have questions or would like to request an image of a book via email, please contact us using the 'Contact the bookseller' link. 1. We accept payment by Visa, Mastercard, American Express, and check. 2. All items are subject to prior sale. 3. All items are guaranteed as described. 4. Any item ordered through ABE may be returned within 30 days of the Estimated Delivery Date if unsatisfactory for any reason. (Notification requested prior to return.) 5. Shipping and insurance charges are add...