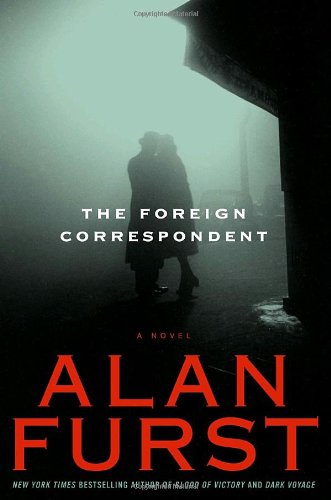 By 1938, hundreds of Italian intellectuals, lawyers and journalists, university professors and scientists, had escaped Mussolini's fascist government and taken refuge in Paris. There, amid the struggles of emigre life, they founded and Italian resistance, with and underground press that smuggled news and encouragement back to Italy. Fighting fascism with typewriters, they produced 512 clandestine newspapers. The Foreign Correspondent is their story.
Paris, a winter night in 1938: a murder/suicide at a discreet lovers' hotel. But this is no romantic tragedy - it is the work of the OVRA, Mussolini's fascist secret police, and is meant to eliminate the editor of Liberazione, a clandestine emigre newspaper. Carlo Weisz, who has fled from Trieste and secured a job as a foreign correspondent with the Reuters bureau, becomes the new editor.
Weisz is, at that moment, in Spain, reporting on the last campaign of the Spanish civil war. But as soon as he returns to Paris, he is pursued by the French Surete, by agents of the OVRA, and by officers of the British Secret Intelligence Service. In the desperate politics of Europe on the edge of war, a foreign correspondent is a pawn, worth surveillance, or blackmail, or murder.
The Foreign Correspondent is the story of a handful of antifascists: the army officer known as "Colonel Ferrara," who fights for a lost cause in Spain; Arturo Salamone, the shrewd leader of a resistance group in Paris: and Christa von Schirren, the woman who becomes the love of Weisz's life, herself involved in a doomed resistance underground in Berlin.

All-Ways Fiction specializes in Signed First Editions -- Mysteries, Science Fiction, Fantasy, Fiction, and First Editions not signed. etc... " A picture is worth a thousand words" -- were happy to send scans as desired. We ship daily in well packaged boxes - not padded envelopes. We have not listed all of our inventory so please feel free to email your inquiries. Visits by Appointments only. WANTED: We are always interested in purchasing individual or collections of fine books for resale.

Books may be returned if not as described within 10 days of receipt.

Books may be reserved by Phone/Fax or email
and will be held for one week pending receipt of payment.
Inquiries / orders can be sent
by Email - Allwaysfiction@msn.com or by Fax to (909)...