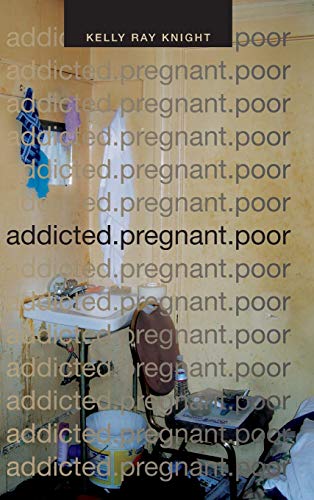 Críticas: "Kelly Ray Knight has the courage to expose eloquently and ethnographically one of the most painful public secrets of addiction and urban poverty (and gentrification) that medicine, public health, science, and society cannot solve. What this book documents ethnographically and explores theoretically must be confronted in all its impossible complexity and violence." -- Philippe Bourgois, coauthor of Righteous Dopefiend "Kelly Ray Knight writes with compassion and self-reflection, and one of her great strengths is the way she gracefully renders her own doubts and self-ironies into the stories she collects from pregnant addicts, making both her subjects and herself more 'real' and complicated. addicted.pregnant.poor brings the experience of pregnant drug addicts close to the reader, giving them human voices, faces, and fears. Knight's plunge into the dangerous, barely survivable world these women inhabit is tremendously compelling." -- Rayna Rapp, author of Testing Women, Testing the Fetus: The Social Impact of Amniocentesis in America "The Mission District is very much a part of this narrative. Knight understands that individual women's stories do not exist in a vacuum within the city; they speak volumes about the gentrification to the area unhinted-at in the book's title, the new people moving in, the private 'Google buses' that shuttle tech workers to their well-paid jobs. ... This is a sobering, poignant ethnography that affords dignity to women whose lives are stripped of it by a system that has let them down." -- Lisa McKenzie Times Higher Education "Addicted.pregnant.poor is a poignant read. Knight describes a range of conflicting emotions elicited throughout the course of her research. She depicts the ambivalent feelings of the array of professionals included in the study; her book evokes similar responses in the reader. Throughout the book, Knight poses reflexive questions for which there are no clear answers. While we see the perspective of pregnant addicts, as well as of those whose life's work is to aid or manage them, the reader is left confounded regarding viable solutions.Yet, with this thorough treatment of the issues faced by addicted pregnant women and their service providers, there is now more contextualized information for professionals and policy-makers to work with. This book is a valuable resource for all stakeholders and should be a staple for everyone involved in work with pregnant addicts." -- Kalynn Amundson Journal of Children and Poverty "Addicted.pregnant.poor is the sort of ethnography you start reading and don't put down again until it's finished. ... an honest and often harrowing account of women who have quite literally fallen through the cracks." -- Kirsten Bell Somatosphere "Knight's capacity for storytelling is a significant strength of this book. Through a combination of ethno-photography and strategic integration of strikingly vivid verbatim field notes, she adds colorful context to her analysis. The field notes really allow the women's voices to be heard in a way that enables the reader to vicariously experience the pain of child loss, eviction from the daily rent hotel rooms, public benefit denial, arrests, and the literal highs and lows of cyclical drug use. ... This book clearly highlights the discrepancies between intent and impact so that social workers, as well as other professionals, can reflect on where they have been going wrong and identify new approaches for intervention with women at risk for addiction, poverty, and the lack of good health care when pregnant." -- Janae E. Bonsu Affilia "Knight has succeeded in focusing an ethnographic lens on a rarely studied group of people: drug-using women who are pregnant and living in daily rent hotels...The author makes excellent use of powerful photos of life in the hotels, wisely not including pictures of the women themselves. Highly recommended. All academic levels/libraries." -- I. Glasser Choice "This evocative text is a masterful synthesis of sincerity and sophistication, intensely self-reflexive, making for an exemplary text for graduate seminars in qualitative, ethnographic methodology." -- Nancy Campbell Medical Anthropology Quarterly "Overall, this book is a wonderful contribution to the anthropology of addiction and of homelessness, with a specific focus on gender that is unique and far-reaching. Knight succeeds in humanizing a population that is continually judged, disregarded, and rendered as a failure." -- Parsa Bastani Association for Feminist Anthropology "Reading addicted.pregnant.poor is stressful, not because the reader can expect the drama of a clear resolution to the women's troubles, but precisely because she cannot. Knight's attention to multifaceted truths, to conflict, and to incongruous realities shines in her outright refusal to engage in simplification and reduction." -- Andrea Grimes Women's Review of Books "addicted.pregnant.poor. is a potent and sensitive account of the struggles of these women's pregnancy, poverty and addiction, vividly captured with compelling field note extracts and photographs taken by the author, and will be of interest to the fields of medicine, psychology, anthropology, social work, social policy and sociology." -- Naomi Rudoe Women's Studies International Forum "With its horrifying portrayal of gender, addiction, and reproduction, addicted.pregnant.poor could easily have crossed the border into ethnoporn. Instead, Kelly Ray Knight critiques ineffectual policies to address these issues against the gentrifying Mission District in San Francisco. Knight, a former public health outreach worker who spent four years conducting research there, offers a cogent and detailed discussion of just how ridiculously difficult it is to be pregnant, to be poor, and to be addicted." -- Dana-Ain Davis American Ethnologist