Artículos relacionados a THE ZOOKEEPER'S WIFE A War Story 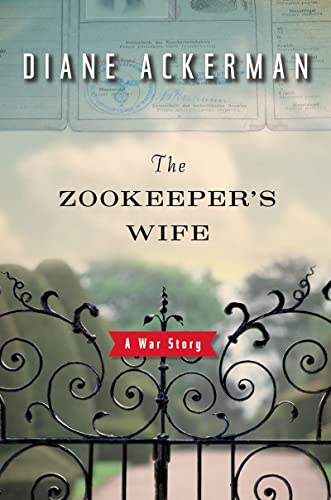 THE ZOOKEEPER'S WIFE A War Story

When Germany invaded Poland, Stuka bombers devastated Warsaw-and the city's zoo along with it. With most of their animals dead, zookeepers Jan and Antonina Zabinski began smuggling Jews into empty cages. Another dozen "guests" hid inside the Zabinskis' villa, emerging after dark for dinner, socializing, and, during rare moments of calm, piano concerts. Jan, active in the Polish resistance, kept ammunition buried in the elephant enclosure and stashed explosives in the animal hospital. Meanwhile, Antonina kept her unusual household afloat, caring for both its human and its animal inhabitants-otters, a badger, hyena pups, lynxes.With her exuberant prose and exquisite sensitivity to the natural world, Diane Ackerman engages us viscerally in the lives of the zoo animals, their keepers, and their hidden visitors. She shows us how Antonina refused to give in to the penetrating fear of discovery, keeping alive an atmosphere of play and innocence even as Europe crumbled around her.