Artículos relacionados a The Vicar of Wakefield: A Tale, by Doctor Goldsmith.... 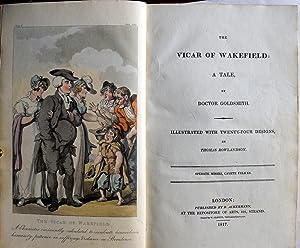 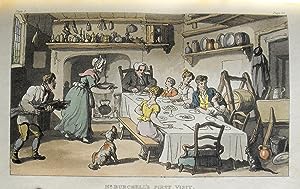 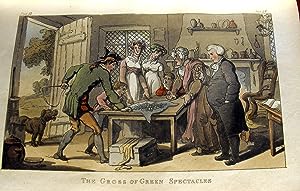 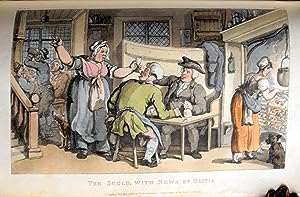 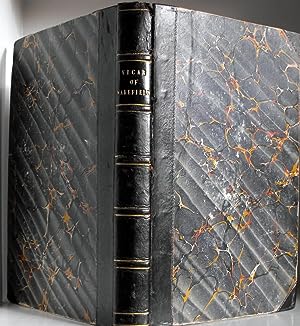 The Vicar of Wakefield: A Tale, by Doctor Goldsmith. Illustrated with Twenty-Four Designs by Thomas Rowlandson.

FIRST EDITION with Rowlandson illustrations. 8vo, 229 x 143 mms., pp. [5], 6 - 254, 24 neatly hand-coloured illustrations by Thomas Rowlandson, contemporary half plum calf, gilt spine, marbled boards. A very good copy. "The illustrated books underline Rowlandson's extraordinary range. He was as much a master of the lyrical watercolour of rolling countryside as of the incisive caricature. A specialist in urban topography, though more interested in the picturesque than in exactitude, he was portraitist, social commentator, and sporting artist. Above all, he revelled in the comedy of everyday life, emphasizing the ridiculous and the ribald in his inventions, poking fun but avoiding emotion and satire. Much of the incident in his story-telling has to do with human appetites; eating, drinking, and amorous relationships the last often involving a corpulent elderly man and a buxom young girl are at the heart of Rowlandson's world. The pen and ink sketch, marked by brilliant draughtsmanship and acute observation of stance, movement, and character, was his forte" (John Hayes in ODNB). N° de ref. de la librería 8767

Título: The Vicar of Wakefield: A Tale, by Doctor ...

Editorial: London: Published by Ackerman At the Repository of Arts. Printed by W. Clowes.