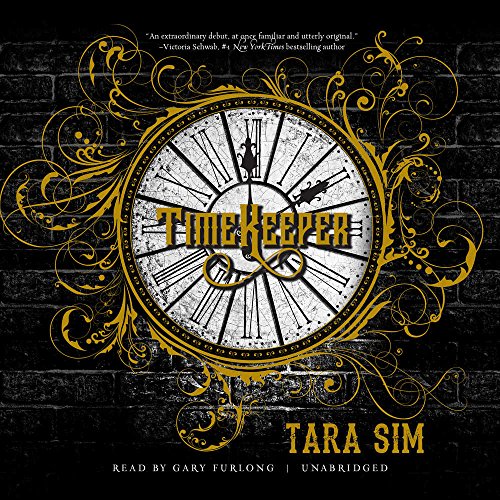 In an alternate Victorian world controlled by clock towers, a damaged clock can fracture time-and a destroyed one can stop it completely.

It's a truth that seventeen-year-old clock mechanic Danny Hart knows all too well; his father has been trapped in a Stopped town east of London for three years. Though Danny is a prodigy who can repair not only clockwork but the very fabric of time, his fixation with staging a rescue is quickly becoming a concern to his superiors.

And so they assign him to Enfield, a town where the tower seems to be forever plagued with problems. Danny's new apprentice both annoys and intrigues him, and though the boy is eager to work, he maintains a secretive distance. Danny soon discovers why: he is the tower's clock spirit, a mythical being that oversees Enfield's time. Though the boys are drawn together by their loneliness, Danny knows falling in love with a clock spirit is forbidden and means risking everything he's fought to achieve.

But when a series of bombings at nearby towers threaten to Stop more cities, Danny must race to prevent Enfield from becoming the next target or he'll not only lose his father but the boy he loves-forever.

This is the stunning first novel in a new trilogy by debut author Tara Sim.

Descripción Paperback. Condición: Good. This item shows signs of wear from consistent use, but it remains in good condition and works perfectly. All pages and cover are intact , but may have aesthetic issues such as small tears, bends, scratches, and scuffs. Spine may also show signs of wear. Pages may include some notes and highlighting. May include From the library of labels. Satisfaction Guaranteed. Nº de ref. del artículo: 4BQG53005CPG_ns

Descripción Sky Pony, 2016. Condición: Good. Former Library book. Shows some signs of wear, and may have some markings on the inside. Nº de ref. del artículo: GRP102061869

Descripción Sky Pony. Hardcover. Condición: GOOD. Spine creases, wear to binding and pages from reading. May contain limited notes, underlining or highlighting that does affect the text. Possible ex library copy, will have the markings and stickers associated from the library. Accessories such as CD, codes, toys, may not be included. Nº de ref. del artículo: 3167259326