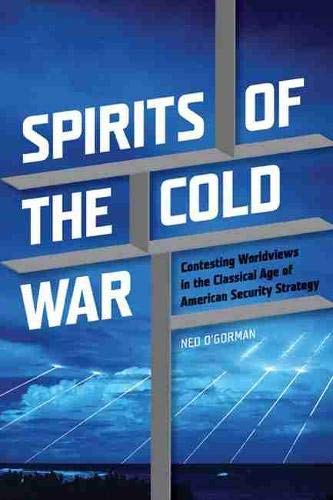 SPIRITS OF THE COLD WAR

A fascinating exploration of the rhetoric of different historic approaches to U.S. foreign policy. The analysis of major strategic statements in the Cold War era reminds us of the limits and possibilities of our cultural and political repertoire, drawn upon for good and, from time-to-time, for ill, as we have learned to our sorrow and chagrin. Spirits of the Cold War is an illuminating and invigorating text.

This book is excellent! It shows we still have much to learn about, and from, the Cold War. The diversity and poignancy of the quoted texts offer new illuminations and connections. It is the most powerful, convincing, and fertile piece of constructivist and discourse analysis I have read. It shows that hegemony is not a structurally given process, but a negotiated political outcome. By exploring the bedrocks of language that were the foundation of political rhetoric, the complex interaction between the consistency and fluidity of politics and strategy becomes clear.

--Colin Flint, Director of the Program in Arms Control, Disarmament, and International Security

National security depends on rational analysis of the realities of power, right? If it were so easy, we wouldn't need books like Spirits of the Cold War. O'Gorman's detailed study of four ideal types shaping American foreign policy discourse, demonstrates how decisions are difficult precisely because they always are about possible worlds. By taking foreign policy debate past the standoff between strategy and ethics, this book reminds us how political wisdom requires awareness of the limitations of one's own language.

2. SPIRITS OF THE COLD WAR

4. Spirits of the Cold War