Artículos relacionados a Without Quarter: The Wichita Expedition and the Fight... 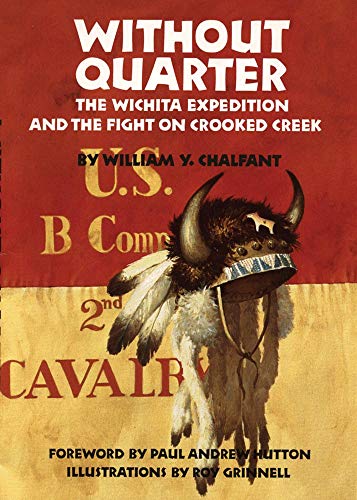 Without Quarter: The Wichita Expedition and the Fight on Crooked Creek

Título: Without Quarter: The Wichita Expedition and ...

Without Quarter is the story of the first major U.S. army expedition against the Comanches between the Mexican and Civil wars. Late in 1858, under the leadership of Captain (Brevet Major) Earl Van Dorn, units of the Second Cavalry marched north form Fort Belknap, Texas, and established a temporary post, Camp Radziminski, at the southwest edge of the Wichita Mountains. Scouring the country north, east, and west in search of Comanches, the Wichita Expedition precipitated two major engagements, known as the Battle at the Wichita Village and the Battle of Crooked Creek. During the latter fight, the soldiers killed or captured all the inhabitants of a Comanche village.

William Y. Chalfant gives a detailed account of the expedition, first setting the historical context, then tracing events to the climax at Crooked Creek on May 13, 1859.