Artículos relacionados a The Phoenicians: History & Treasures Of An Ancient... 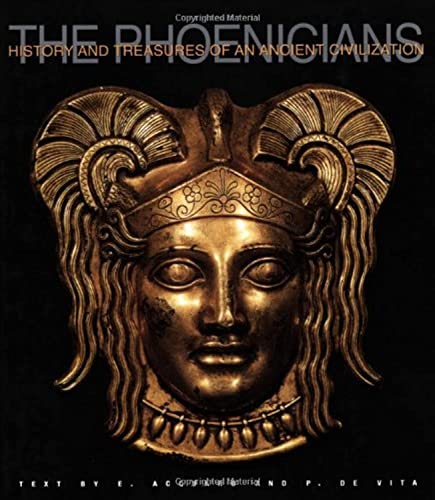 The Phoenicians: History & Treasures Of An Ancient Civilization

Título: The Phoenicians: History & Treasures Of An ...

he volume goes over the most significant moments in the history of Phoenicians, from their origins in the East to their transfer to the West and the foundation of Carthage. Their decision to move to the West due to trade reasons is a testimony to this people's consistency and entrepreneurship: the foundation of the first colonies was followed by the progressive development of Carthage, which became the new Phoenician metropolis of the central-western Mediterranean.

The Phoenician colonisation touched large regional areas, from North Africa to Sicily, from Sardinia to the Iberian Peninsula. The imperial adventure of Carthage followed the tracks of this colonization and clashed first with the Greeks living in Sicily and then with Rome.

Carthage, an Eastern power transplanted in Africa, reached its most original moment with Hannibal Barca and only Rome would be able to stop this Mediterranean aggregation. Its heritage, represented by handicraft culture and religious data, would long persist in the Mediterranean area, spread by the same city that would later destroy it. The volume, deriving its themes from the most recent results of historical and archeological research, is directed to a non specialised public and its purpose is to provide an overall picture of the Phoenician civilization, also presenting light and shade of a culture which continues to have the charm of those civilisations to whom history gives the role of intermediary and contact line between different realities.