Artículos relacionados a Modernity And Housing 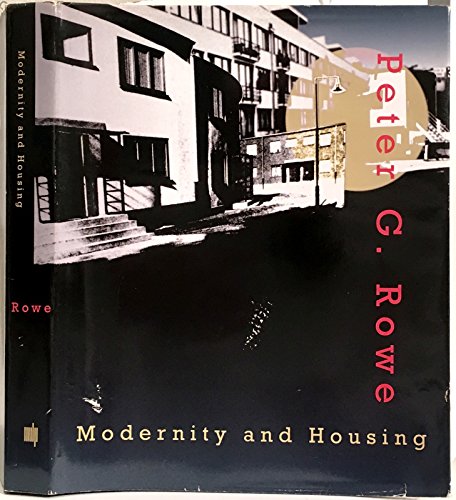 Starting from the question of how can the design of modern housing can be successful, Peter Rowe explores the social, cultural, and expressive history of housing at two crucial moments: the first large-scale developments along modernist lines in the 1920s, and the widespread reconsideration of modernist principles in the 1970s. Although the inquiry is conducted along historical and theoretical lines, it proposes to uncover practicial principles that may guide the design of modern housing, each principle responding to a contemporary architectural paradox posed by modern conditions. Six detailed case studies form the illustrative centerpiece of the book. "Modernity and Housing" embraces three more or less parallel themes concerning modernity: the rise of technocracy and the attendant tendency of modern space to become universal while the experience of time is confined to the present; the problem of representation for a culture in which subject-centered reason has replaced metaphysical foundations; and social practices that give rise to urban concentrations and the production of mass housing on an unprecedented scale. Within these themes, the modern experience of space and time philosophically grounds discussion of local and traditional versus universal and novel building practices. The perspective of subject-centred reason grounds the exploration of the use of abstract forms and the comcomitant problem of providing for an expressive architectural language; while the unprecedented quantities of housing production raise the issue of widely defining a normative building programme that allows for local particularity. The case studies cover Sunnyside Gardens, New York; Romerstadt, Frankfurt-am-Main; Kiefhoek, Rotterdam; Byker Redevelopment, United Kingdom; Villa Victoria, United States; Malagueira Quarter, Portugal. An appendix contains an annotated and statistical summary of all major housing projects described in the text (about 40) with notes that include the date, size, place, architect, client, housing type, relative densities, and other items of interest.