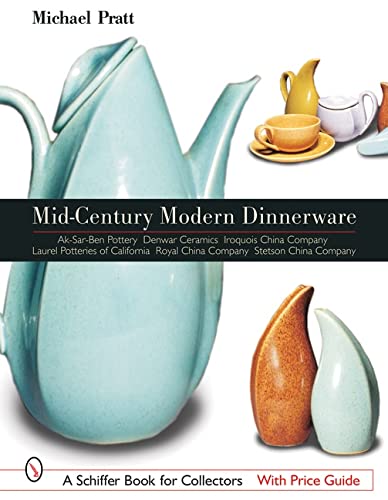 The bold shapes and startling patterns on dinnerware of the late 1940s, 1950s, and 1960s are displayed in over 480 dazzling color photographs. Much of the best work of six leading pottery manufacturers, Ak-Sar-Ben Pottery, Denwar Ceramics, Iroquois China Company, Laurel Potteries of California, Royal China Company, and Stetson China Company, is shown and described in detail. The dinnerware shapes, including Bantu, Casual, Futura, Holiday, Impromptu, and Scandia, produced by these important manufacturers are well represented to attract collectors today. An engaging scholarly text is filled with new research about the companies and their wares, grading guidelines, informative tables, detailed endnotes, and an extensive bibliography. Current market values are provided in the captions. This dinnerware is an exciting gallery of mid-century design.