Artículos relacionados a Manet/Velazquez: The French Taste for Spanish Painting... 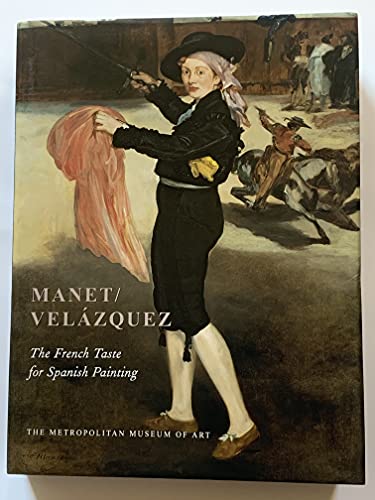 Título: Manet/Velazquez: The French Taste for ...

In 1804, at the dawn of the French Empire, there were no more than a handful of Spanish paintings in public collections in France. During the course of the nineteenth century, however, French collectors and museums assembled substantial holdings of works by such Spanish masters as Velazquez, El Greco, Zurbaran, Murillo, and Goya. At the same time, French writers and artists-among them Delacroix, Gericault, Courbet, Millet, Bonnat, Degas, and, especially, Manet-came to understand, appreciate, and even emulate Spanish painting of the Golden Age. This beautiful book features over 150 works by French and Spanish artists, charting the development of this cultural influence and mapping a fascinating shift in the paradigm of painting: from Idealism to Realism, from Italy to Spain, from Renaissance to Baroque. Above all, it vividly demonstrates how direct contact with Spanish painting fired the imagination of nineteenth-century French artists and brought about the triumph of Realism in the 1860s, and with it a foundation for modern art. American artists of the second half of the nineteenth century often turned to Europe for training and inspiration. Whistler, Cassatt, Eakins, Chase, and Sargent all traveled to Spain for firsthand exposure to its artistic heritage and experienced the thrill of discovering Spanish painting. Also included in this volume are works by American artists that clearly reflect the pervasive influence of and taste for Spanish painting.