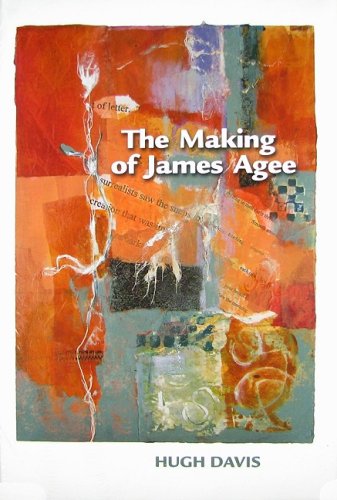 The Making of James Agee (Hardback)

Language: English. Brand new Book. Wildly productive during his short life, James Agee (1909-1955) is today perhaps best remembered as a novelist-his posthumously published A Death in the Family won a Pulitzer Prize in 1958-but he was also a poet, screenwriter, journalist, essayist, book reviewer, and movie critic. In The Making of James Agee, Hugh Davis takes a comprehensive look at Agee's career, showing the interrelatedness of his concerns as a writer. A full view of Agee's oeuvre, Davis argues, illuminates its deeply political nature as well as a debt to various sources, particularly European surrealism, that have been little noted by previous Agee scholars. Davis challenges the view of Agee that has persisted since his death-that he is best understood primarily as a romantic individualist at odds with convention and the literary mainstream-and argues that this myth was largely constructed by friends and associates who were so immersed in the tenets of modernism that they distorted Agee's work (and aesthetic intent) in an attempt to purify it in modernist terms. In revealing a writer of far greater complexity than the Agee myth allows, Davis explores, for example, the leftist poetry that Agee wrote in the 1930s, which was almost completely suppressed by his editors. He also throws a fresh light on Agee's collaboration with photographer Walker Evans on Let Us Now Praise Famous Men and reevaluates A Death of in the Family in light of recent scholarship that has produced an almost entirely new version of the novel, one much closer to Agee's original intentions. A much-needed corrective to the many misconceptions about Agee, Davis's study is a provocative and lucidly written work that is certain to spark new dialogues about one of the most fascinating figures in twentieth-century American literature.". N° de ref. de la librería BTE9781572336070

Críticas: "This book is thoroughly researched and documented, and its ideas and style will appeal to the general reader interested in Agee but also in a range of related disciplines. . . . Davis reveals the Agee we never fully knew." -- David Madden

1. The Making of James Agee

Descripción Univ Tennessee Press 2008-07-01, 2008. Hardcover. Condición: Very Good. Item is in very good condition. If supplemental codes/CDs for textbooks are required please contact us prior to purchasing as they may be missing. Nº de ref. del artículo: DS-1572336072-2

2. The Making of James Agee

3. The Making of James Agee

4. The Making of James Agee