Artículos relacionados a Living In History: Tasmania's Historic Homes, The... 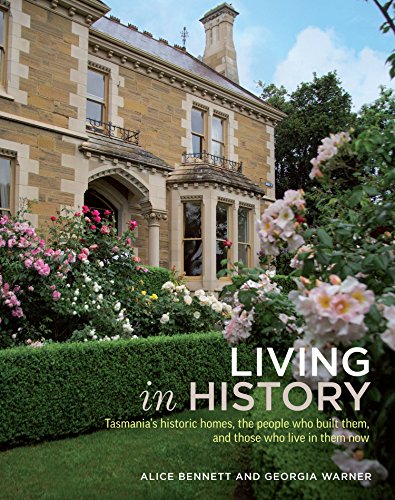 Living In History: Tasmania's Historic Homes, The People Who Built Them & Those Who Live In Them Now.

Tasmania's first European settlers were a diverse and eclectic lot—men and women from all walks of life who ended up cast together in a far-flung colony at the end of the world, where adversity was commonplace but opportunity abounded. From former convicts to the highly privileged, they forged their own ways in Van Diemen's land—as farmers, traders, publicans, whalers, businessmen, politicians, and more. As they, along with the colony, prospered, they built places of residence and business that stand today as a testament to the quality of Tasmania's early craftsmanship, the wealth of some of its first European residents, and their desire to recreate a piece of home in their new surrounds, no matter how hostile the environment. Tasmania is blessed that so many of these buildings are intact today. Some have been in the same families since the 1820s, others have been saved from ruin or converted into homes after previous lives as anything from hop kilns to coach houses and public schools. All have fascinating stories to tell that reflect the diversity of those early settlers, the adversities they faced, and the opportunities they harnessed, as well as of the characters that inhabit them today. Living in History tells some of these stories through sumptuous photos of Tasmania's most historically and architecturally significant buildings, complemented by text that transports the reader back in time and takes them through to the present, where the current generation of homeowners is literally living in history.