Artículos relacionados a Letters of Sylvia Plath Volume I (Hardcover) 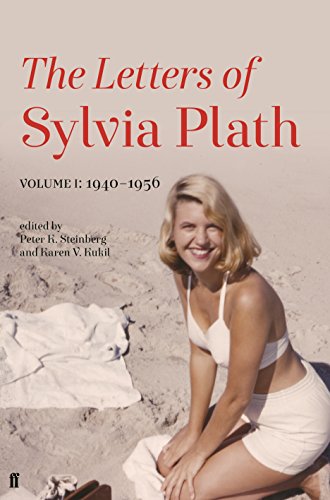 Hardcover. This comprehensive edition of Sylvia Plath's letters is a work of immense scholarship and care, presenting a complete and historically accurate text of the known and extant letters Plath w.Shipping may be from multiple locations in the US or from the UK, depending on stock availability. 1424 pages. 1.884. N° de ref. de la librería 9780571328994

The Letters of Sylvia Plath Volume I: 1940-1956Sylvia Plath (1932-1963) was one of the writers that defined the course of twentieth-century poetry. Her vivid, daring and complex poetry continues to captivate new generations of readers and writers. In the Letters, we discover the art of Plath's correspondence, most of which has never before been published and is here presented unabridged, without revision, so that she speaks directly in her own words., Refreshingly candid and offering intimate details of her personal life, Plath is playful, too, entertaining a wide range of addressees, including family, friends and professional contacts, with inimitable wit and verve. The letters document Plath's extraordinary literary development: the genesis of many poems, short and long fiction, and journalism. Her endeavour to publish in a variety of genres had mixed receptions, but she was never dissuaded., Through acceptance of her work, and rejection, Plath strove to stay true to her creative vision. Well-read and curious, she offers a fascinating commentary on contemporary culture.Leading Plath scholars Peter K. Steinberg and Karen V., Kukil, editor of The Journals of Sylvia Plath 1950-1962, provide comprehensive footnotes and an extensive index informed by their meticulous research. Alongside a selection of photographs and Plath's own line-drawings, the editors masterfully contextualise what the pages disclose.This selection of early correspondence marks the key moments of Plath's adolescence, including childhood hobbies and high school boyfriends; her successful but turbulent undergraduate years at Smith College; the move to England and Cambridge University; and her meeting and marrying Ted Hughes, including a trove of unseen letters post-honeymoon, revealing their extraordinary creative partnership.

Sylvia Plath was not only a great poet, she also forged some of the best prose of the 20th century . she wrote letters of extraordinary wit and vivacity. Their publication is a major literary event . Peter K Steinberg and Karen Kukil, the world's two leading Plath scholars, have executed their task with devotion . Hitherto unpublished letters offer a wealth of detail explaining the origins of [Plath's] poems. (The Times)

The Letters of Sylvia Plath, Volume 1, expertly edited by Karen V Kukil and Peter K Steinberg . offers a portrait of the artist as a young woman, in her own words. This collection is inspiring, humorous and varied, and challenges everything we thought we knew about Plath. (Maeve O'Brien Irish Times)

Expertly edited . these letters are by turns poignant, revelatory, banal, hilarious and self-absorbed, documenting as they do the changing moods, ambitions and intellectual and creative development of one of the 20th-century's most celebrated poets . While Plath's personality may resist definition, these letters serve as a step towards a greater understanding of one of our most compelling modern poets. (Andrew Wilson Evening Standard)

What resonates most is Plath's energy, passion and vitality . reading her letters is a journey into the mind of a literary icon. (Elizabeth Fitzherbert The Lady)

The publication of these complete letters offers more pieces in the puzzle of Plath's life . what the reader comes away with is a renewed sense of Plath's wonderfully powerful appetites, for literature, for love and, indeed, for food . And how hard she worked! That's no secret but it is striking to see over the course of more than 1,000 pages . [Plath's] life had so many facets - she called these letters "slices of myself" - but this aspect of her young life, her determination, is never less than inspiring for the reader privileged to see her correspondence so long after her death. (Erica Wagner New Statesman)

Part of the experience of reading these letters is to see Plath firmly in her own time . In her correspondence we find more of the writer she was without [Hughes], and the artist she could have been had she survived. (Sarah Ditum Spectator)

Sylvia Plath was not only a great poet, she also forged some of the best prose of the 20th century . she wrote letters of extraordinary wit and vivacity. Their publication is a major literary event . Peter K Steinberg and Karen Kukil, the world's two leading Plath scholars, have executed their task with devotion . Hitherto unpublished letters offer a wealth of detail explaining the origins of [Plath's] poems. (Jonathan Bate The Times)

The posthumous editing of a famous writer is rarely as simple as it might seem, but the case of Sylvia Plath is one of the most tangled and fraught in modern letters . This whole complicated history is why it matters that scholarly versions of Plath's autobiographical writing - her surviving letters and journals - are being published in their unabridged entirety by editors who are free from direct conflicts of interest. There is no question that The Letters of Sylvia Plath was worth publishing. (Sarah Churchwell Guardian Book of the Day)

This volume is a portrait of the artist as a young woman, a genre with very few examples . the letters are important in understanding Plath's evolution as an artist and the revolutionary era of women's poetry to which she belonged. (Elaine Showalter Literary Review)

The great pleasure of this magnificent edition is being able to follow the events of [Plath's] extraordinary life as they are unfolding, (Kathryn Hughes Mail on Sunday)


We guarantee the condition of every book as it¿s described on the Abebooks web sites. If you¿ve changed
your mind about a book that you¿ve ordered, please use the Ask bookseller a question link to contact us
and we¿ll respond within 2 business days.
Books ship from California and Michigan.


Orders usually ship within 2 business days. All books within the US ship free of charge. Delivery is 4-14 business days anywhere in the United States.

Books ship from California and Michigan.

If your book order is heavy or oversized, we may contact you to let you know extra shipping is required.