Artículos relacionados a The Last of the Mohicans 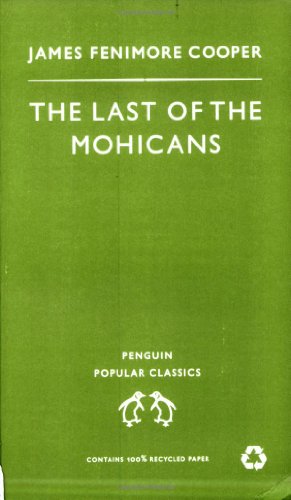 The Last of the Mohicans

Título: The Last of the Mohicans

Very good. Shipped from the U.K. All orders received before 3pm sent that weekday.

Cooper's most enduringly popular novel combines heroism and romance with powerful criticism of the destruction of nature and tradition.

Set against the French and Indian siege of Fort William Henry in 1757, The Last of the Mohicans recounts the story of two sisters, Cora and Alice Munro, daughters of the English commander, who are struggling to be reunited with their father. They are aided in their perilous journey by Hawk-eye, a frontier scout and his companions Chingachgook and Uncas, the only two survivors of the Mohican tribe. But their lives are endangered by the Mangua, the savage Indian traitor who captures the sisters, wanting Cora to be his squaw.

In setting Indian against Indian and the brutal society of the white man against the civilization of the Mohican, Cooper, more than any author before or since, shaped the American sense of itself as a nation.


We accept Visa, Mastercard or American Express, Switch and Paypal. Please contact us on 01988 500469 at any time if you have a query. UK cheques and international money orders are acceptable;or foreign checks but only subject to a £10 surcharge to cover Bank charges. International customers please specify Air or Economy ; we are always happy to quote exact postal charges. 50p packing charge. Returns if not as described; please e mail first to confirm.
Owner's name : Julia Muir Watt
Business addr...


Orders usually ship within 1 business day. Shipping costs are based on books weighing 2.2 LB, or 1 KG. If your book order is heavy or oversized, we may contact you to let you know extra shipping is required.