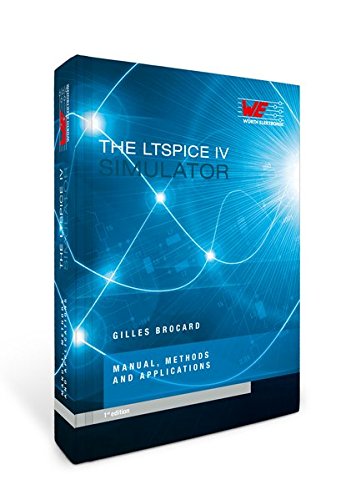 Language: English. Brand new Book. It is an honor to write a preface for Gilles Brocard. I appreciate his work writing this book and hope you benefit from his labors. LTspice has been fun to write. It let me implement a number of numerical methods that make LTspice better than traditional SPICE programs: a new numerical integration method, node reduction, a native circuit element that behaves like a power MOSFET, and new time step size control to name a few. The biggest recent advance in LTspice was when it went multi-threaded in 2008. We found it easy to distribute the computations over multiple cores but challenging to make the simulation actually run faster. The problem was that the LTspice object code had been so optimized (much had already been implemented in optimized assembly language) that it didnt take very many microseconds per timestep and that was a short time compared to how well one can synchronize multiple threads. Thats when we developed a means to dynamically adjust each threads cache size to stochastic cool the threads to keep the work load spread evenly. Another important technique introduced at that time was code generation that generates an assembly listing optimized for your circuit. Then that code is assembled and linked by LTspice for execution. This self-authoring code is generated typically every few seconds during the simulation to help your circuit execute close to the theoretical flop limit of a modern CPU. Thats why LTspice IV is fast. But all this is for a purpose. I believe SPICE has impacted mankind more than any other simulator. Writing a better SPICE is important. LTspice offers you the ability to rapidly prototype your designs so that you understand them better and even develop intuition. Mike ENGELHARDT. N° de ref. de la librería LIB9783899292589

Descripción Swiridoff Verlag, 2013. Hardcover. Condición: GOOD. Has little wear to the cover and pages. Contains some markings such as highlighting and writing. Supplemental materials are not guaranteed with any used book purchases. Nº de ref. del artículo: 3899292588_abe_gd