Artículos relacionados a Kiosk. A History of Photojournalism 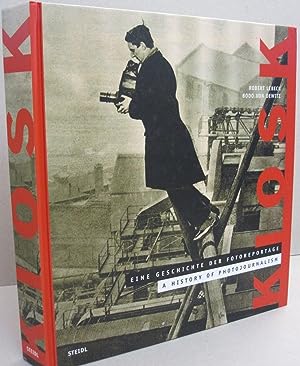 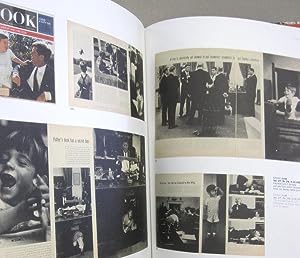 Kiosk. A History of Photojournalism

Título: Kiosk. A History of Photojournalism

Life," "Look," "Picture Post," "Quick" and "Kristall"--once upon a time, you could buy them at the kiosk around the corner, and they were the most accessible, exciting, up-to-date form of news availableNowadays they are an anachronism, replaced by the mass media of television, newspapers and the internet. But photojournalism has existed for the last 150 years, and photojournalists have spent that time on the front lines, not only in times of war but in times of peace, recording the important events of contemporary history alongside the situations of everyday life, condensing the essential of a story in just a few pages of pictures. "Kiosk" reprints original newspaper pages produced between 1839 and 1973, from nineteenth-century illustrations of new railway stations to legendary photo series taken in Vietnam, from Roger Fenton to Robert Capa, from the "Berliner Illustrirte Zeitung" to "USSR in Construction," from "Collier's Weekly" to "AIZ" to "Vu.\n 2/2/2002

Reprints original news pieces produced between 1839 and 1973, from nineteenth-century illustrations of new railway stations to legendary photos taken in Vietnam, culled from the top magazines, newspapers, and photojournalists of the period.

Midway Bookstore was established in 1965. We have an open shop with tens of thousands of used, rare, and out of print books. As a general used bookstore, our stock encompasses all subject areas with a strong emphasis on Art, Illustrated books, History and Photography. Please contact us by email or phone. Keep checking our inventory--we are always adding new titles! International orders are billed for exact shipping charges.


Orders usually ship within 2 business days. Shipping costs are based on books weighing 2.2 LB, or 1 KG. If your book order is heavy or over sized, we may contact you to let you know extra shipping is required.