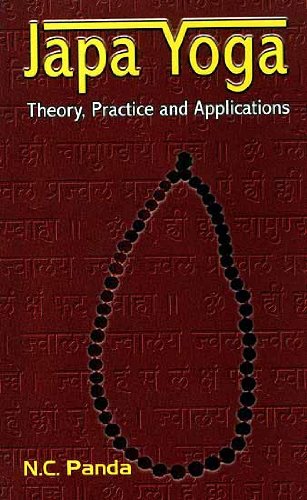 The repetition of Godâ s name or of a mantra containing Godâ s name, otherwise known as japa, is a religious ritual, generally meant of the emancipation of the self. The present book on jaqpa-yoga has neglected this aspect. But, it is a more comprehensive and a broad-range book. That japa is a branch of yoga, an easily attainable one and simultaneously a very effective one, has been emphasized. The theory and methodoly of japa in Patanjala yoga, in the Vedas, in the Vedanta and in the tantra, in the perspective of knowledge and devotion, gave clearly been outlined. The book has been divided into three Chapters. Chapter 1 expounds the theory of japa based on classical scriptures. Chapter 2 presents the practice of japa in a clearly graspable style, easy to be followed by th readers, Chapter 3 deals with the applications of japa for the uplift of human personality and spirituality, for attaining the liberation of the self, for mental peace and tranquility, and for physical health inclusive of the prevention and treatment of diseases, both physical and mental. The last part of this book tries to explain the effects of japa-applications n a scientific footing, a successful attempt made for the first time. The approach to japa has been holistic -religious, spiritual, scientific, Vedic, vedantic, Yogic and tantric. Printed Pages: 369. 15 X 23 cm. N° de ref. de la librería 4052

Descripción D.K. Printworld, 2007. Condición: Good. A+ Customer service! Satisfaction Guaranteed! Book is in Used-Good condition. Pages and cover are clean and intact. Used items may not include supplementary materials such as CDs or access codes. May show signs of minor shelf wear and contain limited notes and highlighting. Nº de ref. del artículo: 8124603898-2-4

Descripción PAPERBACK. Condición: New. Book Cover and ISBN may be different from US edition but contents as same US Edition. Excellent Quality,Quick delivery, We may ship the books from Asian regions for inventory purpose. Our courier service is not available at PO BOX. Nº de ref. del artículo: abe_9788124603895