Artículos relacionados a To Infinity & Beyond: The Story Of The Pixar Animation...

Portada Paik, Karen To Infinity & Beyond: The Story Of The Pixar Animation Studios
Imagen del editor 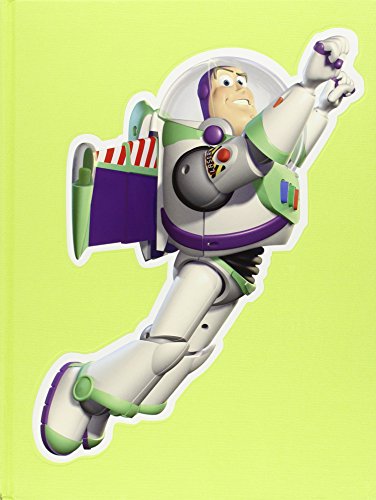 To Infinity & Beyond: The Story Of The Pixar Animation Studios

30.0 x 23.0cms, 304pp, colour illusts, very good+ hardback with decorated boards (no dustwrapper as issued; ex-library with stamps) This book tracks this studio's history from its early days through its use of music, voices and merger with Disney etc with a chapter on each of its features (from Toy Story through to Boundin). N° de ref. de la librería 144383

Título: To Infinity & Beyond: The Story Of The Pixar...

In 1986, three visionaries - John Lasseter, Ed Catmull, and Steve Jobs - united to form Pixar Animation Studios. Combining their respective abilities in animation, computer graphics, and entrepreneurship, their goal was to create the very first feature length computer animated film. Against all odds and overcoming myriad obstacles, the tiny studio created "Toy Story" and single-handedly changed the course of animation forever. Twenty years later, and after seven groundbreaking, record-setting movies, the team at Pixar celebrates their journey in this full-colour compendium.Over 400 pieces of exquisite concept art, storyboard sketches, and photographs testify to Pixar's wild creativity. Over 50,000 words of text bring to life all the quirky personalities and the unique corporate culture they have fostered. With extensive and never-before-published interviews with John Lasseter, Ed Catmull, Steve Jobs, George Lucas, and Leonard Maltin, "To Infinity and Beyond!" functions as a textbook for future animators, as a fascinating business book, and as the art book of the season