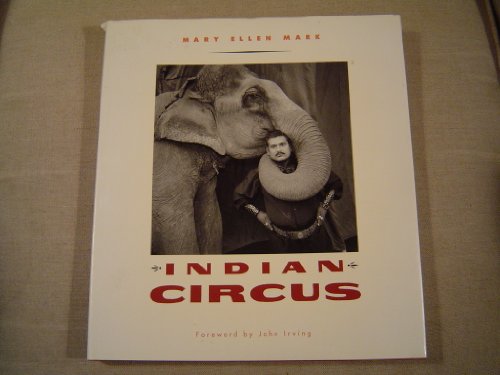 Mary Ellen Mark fell in love with the Indian circus in 1969, during her first trip to India. As she watched a huge hippopotamus walk around the ring with its mouth wide open, wearing a pink tutu, she was struck by the beauty and innocence of the show. She returned to India many times, and in 1989 and 1990 she devoted six months to photographing eighteen circuses, following them around the continent by train, plane, van, and auto-rickshaw. Secretive, highly competitive, and each a closed, self-sufficient society, the circuses embody what Mark calls "a poetry and a craziness that are still uncorrupted, and honest, and pure."
Beautifully printed in tritone, this remarkable collection of photographs captures the texture of circus life outside of the ring - exhausting, humorous, poignant, and often bizarre - as well as the affection and devotion that the performers have for each other and their animals.
Indian Circus is documentary photography at its finest. The photographs are not only compelling portraits of the performers, but also eloquent and poetic narratives about life in the Indian circus.