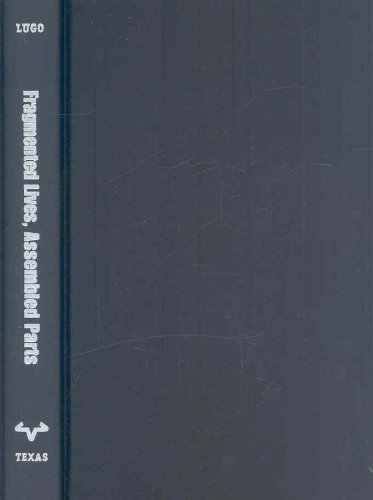 Winner, Southwest Book Award, Border Regional Library Association, 2008 Association of Latina and Latino Anthropologists Book Award, 2009 Established in 1659 as Mision de Nuestra Senora de Guadalupe de los Mansos del Paso del Norte, Ciudad Juarez is the oldest colonial settlement on the U.S.-Mexico border-and one of the largest industrialized border cities in the world. Since the days of its founding, Juarez has been marked by different forms of conquest and the quest for wealth as an elaborate matrix of gender, class, and ethnic hierarchies struggled for dominance. Juxtaposing the early Spanish invasions of the region with the arrival of late-twentieth-century industrial "conquistadors," Fragmented Lives, Assembled Parts documents the consequences of imperial history through in-depth ethnographic studies of working-class factory life. By comparing the social and human consequences of recent globalism with the region's pioneer era, Alejandro Lugo demonstrates the ways in which class mobilization is itself constantly being "unmade" at both the international and personal levels for border workers. Both an inside account of maquiladora practices and a rich social history, this is an interdisciplinary survey of the legacies, tropes, economic systems, and gender-based inequalities reflected in a unique cultural landscape. Through a framework of theoretical conceptualizations applied to a range of facets-from multiracial "mestizo" populations to the notions of border "crossings" and "inspections," as well as the recent brutal killings of working-class women in Ciudad Juarez-Fragmented Lives, Assembled Parts provides a critical understanding of the effect of transnational corporations on contemporary Mexico, calling for official recognition of the desperate need for improved working and living conditions within this community.

Located near the East Bank of the University of Minnesota, we've been providing quality used books to the Twin Cities area for over 40 years. With over 30,000 books in the store and over 30,000 in our warehouse, there's plenty to look at both in store and online.


Our phone number is 612-331-1430. We take Visa, Mastercard and American Express,
but ABE will process your credit card unless it is American Express. We also
take checks, but you must notify us directly to hold a book for check and
shipment. We ship & bill to libraries. Shipping terms are set by ABE. All books
returnable for any reason. The Book House in Dinkytown, Inc (U.S. S-Corp). 1316
4th Street SE, Suite 201, Minneapolis, MN 55414. Our email is
bookhouseonline@gmail.com. Please address your...


Orders usually ship within 1-2 business days. Shipping costs are based on books
weighing 2 pounds. If your book order is heavy or oversized, we may contact
you to let you know extra shipping is required.