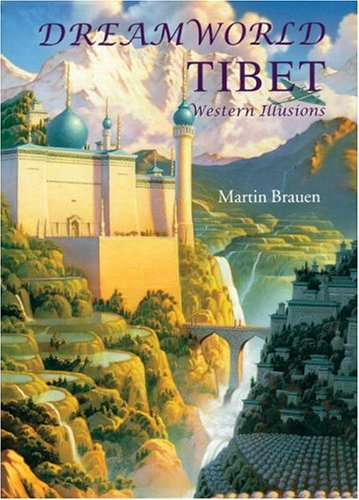 In this lively and visually engaging work on Western conceptions of Tibet, anthropologist Martin Brauen paints a vivid portrait of misinterpretation, trivialization, and political and commercial exploitation of a rich and ancient culture. Starting with romantic notions of 17th-century adventurers in search of a Himalayan Utopia, Brauen discusses misconceptions both amusing and disturbing, such as the distortions of 20th-century neo-Nazis. The author also details the cynical exploitation of Tibetan Buddhism—a fundamental objective of which is the elimination of human greed—to further Western commercial aims.

Nor does Brauen absolve Tibetans themselves in the use of the more benign, even flattering, of these distorted images, as they strive to draw the world's attention to their own politically and socially tenuous situation. Here the author lists the traditionally tolerant nature of Buddhist beliefs, the tendency of Tibetans to submit without question to authority figures, and some inherent naiveté as contributing factors. The book concludes with a caution on the dangers that these misconceptions pose to a mature presentation of the great value that Tibetan culture holds for the world.

The illustrations are a fascinating and diverse collection drawn from movies, comic books, and popular literature. Illustrations of the commercial packaging of Tibet, its spiritual icons and religious leaders, are vivid and at times even shocking, as they portray the promotion of products ranging from cars to cosmetics, T-shirts, ash trays, and even soft pornography. In a world in which the elimination of cultural misunderstanding may be the key to ending human strife, Dreamworld Tibet offers a thoughtful and timely contribution.