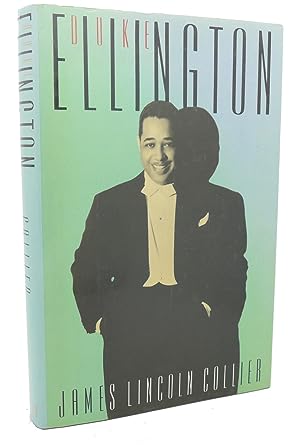 Duke Ellington is considered to be one of the great genius' of jazz--its major composer and leader of probably the most significant of all jazz bands. Yet, other than his own not-very-revealing autobiography and a collection of reminiscences of his band members, there has never been an indepth biography of this preeminent figure in twentieth century music and entertainment. Here at last is the definitive critical biography of both the man and his music.
James Lincoln Collier, author of the highly acclaimed Louis Armstrong: An American Genius, has produced a fascinating work which tells the full story of Edward Kennedy Ellington, from his childhood as the pampered and adored only son of a middle-class Washington black family to his death in 1974, hailed as "America's greatest composer" (according to the New York Times obituary) and mourned at his funeral by more than 10,000 people. Collier describes Ellington's charisma--his sense of being special even from childhood, when he would announce to his cousins "I am the grand, noble, Duke; crowds will be running to me,"...the formation of his band, including some of the greatest names in jazz history, among them, Barney Bigard, Johnny Hodges, Cootie Williams, Lawrence Brown, and Paul Gonzavles...his arrival at the legendary Cotton Club in Harlem in the 1920s...his involvement with his manager Irving Mills, who manipulated and cheated him and even put his name on some of Ellington's songs, but who made him famous...his relationship with his family, including his troubled relationship with his son, his marriage and many affairs (including involvements with some of his own musician's women).
But most of all, the book is about the creation of the music, from classic songs like "Sophisticated Lady" to the "sacred concerts" of Ellington's last years. Collier maintains that it is not necessary to see Ellington as a "composer" in the narrow sense of the word but as something just as important: an improvising jazz musician. His instrument was a whole band.This is a controversial book--not all will agree with Collier's assessments--but it will enthrall jazz buffs as well as anyone interested in a fascinating life and times.