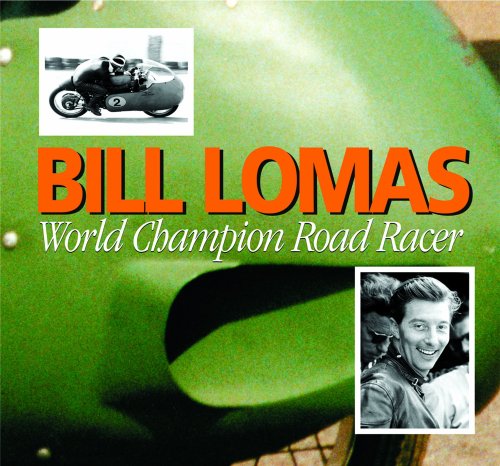 Author: Bill Lomas. This is Bill's own story covering the Golden Years of road racing, taking in the Continental Grand Prix, the TT and a winter season in Australia. By the time he retired in 1958, Bill had two World Championships and two TT wins to his name, as well as numerous Grand Prix victories. This book tells it the way it was, what happened behind the scenes at the various factories and races, the highs and the lows of racing as part of the glamorous Continental Circus, & the camaraderie that existed between many of the riders. Contents: In the beginning, Royal Enfield days, Works Velocettes, James, ISDT, AJS works racers, Benelli, NSU, MV, JEL special, Moto Guzzi, Austrailian adventure & Record breaking and the V8. The book is lavishly illustrated in b/w. 304 pages.