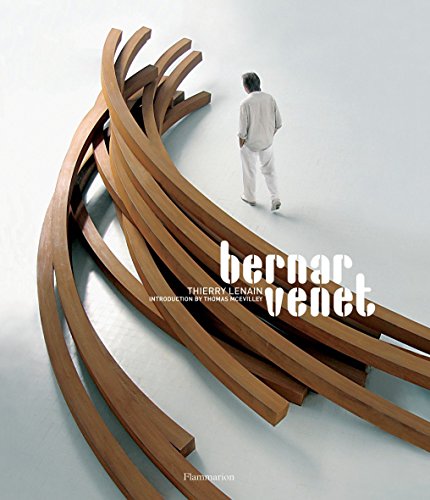 Bernar Venet (b. 1941, France) is a master of contemporary conceptual art who has worked in all media, from painting and sculpture to film, music and ballet. In his early work, Venet sought to distill art, to strip it of aesthetic or expressive content, and to reestablish it as purely “conceptual.” He withdrew from the art world in 1971, fulfilling a promise he had made four years prior to stop producing new work once he perceived that his term was up. After a six-year hiatus, the artist reemerged, and over the next thirty years produced a vast body of work in diverse media. This monograph, complete with over 300 illustrations, addresses the struggle of aesthetic and intellectual forces at play in contemporary art through the work of one of its foremost practitioners.Today, Venet’s sculptures–massive iron structures in three categories: lines and angles, arcs, and “indeterminate” lines–are exhibited in museums and public spaces across the world. These forms, whether striking out independently into the air, leaning against a château, curving upward from the earth, or twisting arbitrarily around themselves or each other, stand at the threshold between the physical and the abstract, between the material and the purely geometric–testing the liminal spaces between art, world, and mind.