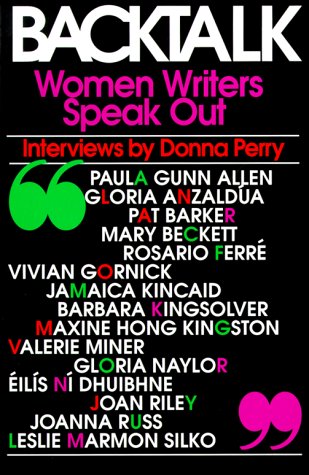 This book contains fifteen in-depth interviews with important contemporary women writers from the United States, England, Ireland, and the Caribbean. The authors, who come from different racial, ethnic, and class backgrounds and sexual orientations, are all committed to telling the stories of people, especially women, who have been silenced in the past. By breaking silence, these writers are changing the face of contemporary literature. In direct, provocative conversation, these writers discuss their work and other topics: the influence of family members and their native communities, getting started as writers, writing as women, the role of "literary tradition" in helping or hindering their growth, the responsibility of the writer to the community, the question of writing accessibly versus experimenting, the energizing power of anger, the politics of publishing, and the impact of one's race, ethnicity, class, gender, and/or sexual orientation on getting read, published, and reviewed.

Internet used book store located in Queens, New York. We like people to be happy with the books they get from us. We sell our books at a good price, describe them accurately, and ship very fast. You can always contanct us concerning your purchase at academybooks@yahoo.com

US Money-Orders and Checks are welcomed as well. However, customers who use
checks will have to wait for their checks to clear before their book is shipped.

A refund will be offered to those buyers that return their book to us within 7
days from the time of delivery, as long as the book is in the same condit...


We ship via USPS media mail or Expedited mail domestic and First Class international mail. We ship on a daily basis.