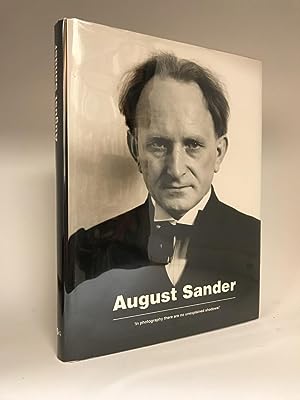 August Sander: 'In photography there are no unexplained shadows'

Reseña del editor: Published to coincide with the National Portrait Gallery's exhibition of August Sander's portrait photography, this book offers a pictorial overview of Sander's work. With his life's work surveyed throughout the book, it includes a selection of his landscapes. The master of camera portraiture, August Sander began photographing people as a boy around the iron-ore mines of his German hometown. Through the course of his life, he built up a diverse catalogue of portraits, capturing people of all ages, from every social setting and calling. Broad in its subject matter, Sander's work shows a universal quality: the innate ability of the photographer to present more than an image, to show the characters of the sitters. The book gives an insight into an era and its people and, as such, is both a useful historical and artistic source.

3. August Sander: 'In Photography There Are No Unexplained Shadows'