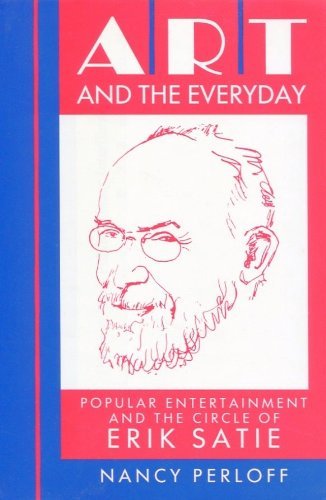 Art & The Everyday: Popular Entertainment & The Circle Of Eric Satie

Art and the Everyday examines the early twentieth-century French movement sparked by the premi `ere of Erik Satie's ballet Parade in May 1917. For the young musicians Darius Milhaud, Francis Poulenc, and Georges Auric, and for the poets Blaise Cendrars and Max Jacob who attended the performance in Paris, Parade exemplified a wish to escape Symbolist purity and fuse `art' with everyday life. Their cause was quickly taken up by the poet Jean Cocteau, author of the ballet's scenario, who published his celebrated pamphlet on new French music, The Cock and the Harlequin , in 1918. Nancy Perloff argues that Satie and his colleagues led French music away from Impressionism by infusing their composition with French and American popular idioms. They also adopted aesthetic principles of parody, diversity, nostalgia, and repetition from the Parisian cabaret, cafe-concert, circus, fair, and music-hall. With their collaborators Pablo Picasso, Fernand L 'eger, and Francis Picabia, they shared a radical disregard for traditional divisions separating popular and classical forms of creative expression. Perloff's vantage of popular entertainment offers a new context for the study of Satie and Les Six. This book is intended for students of twentieth-century French and American popular music, art and literary historians.