Artículos relacionados a Chemistry. The molecular nature of matter and change...

Chemistry. The molecular nature of matter and change (Medicina) 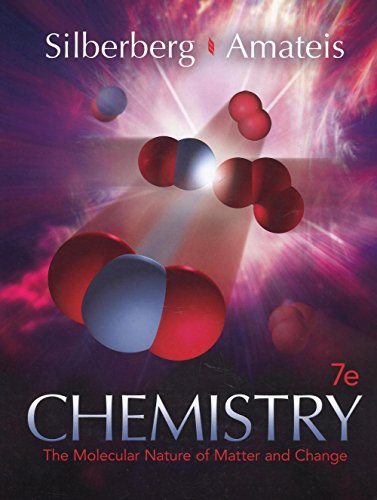 Chemistry: The Molecular Nature of Matter and Change by Martin Silberberg has been recognized in the general chemistry market as an unparalleled classic. The seventh edition keeps pace with the evolution of student learning by adding and significantly enhancing sample problems, a key resource of students. The text still contains unprecedented macroscopic-to-microscopic molecular illustrations, consistent step-by-step worked exercises in every chapter, and an extensive range of end-of-chapter problems, which provide engaging applications covering a wide variety of interests, including engineering, medicine, materials, and environmental studies. Changes have been made to the text and applications throughout to make them more succinct, to the artwork to make it more teachable and modern, and to the design to make it more simplistic and open.

Martin S. Silberberg received his B.S. in chemistry from the City University of New York in 1966 and his Ph.D. in chemistry from the University of Oklahoma, in 1971.  He then accepted a research position at the Albert Einstein College of Medicine, where he studied the chemical nature of neurotransmission and Parkinson's disease.  In 1977, Dr. Silberberg joined the faculty of Simon's Rock College of Bard (Massachusetts), a liberal arts college known for its excellence in teaching small classes of highly motivated students.  As Head of the Natural Sciences Major and Director of Premedical Studies, he taught courses in general chemistry, organic chemistry, biochemistry, and nonmajors chemistry.  The close student contact afforded him insights into how students learn chemistry, where they have difficulties, and what strategies can help them succeed.  In 1983, Dr. Silberberg decided to apply these insights in a broader context and established a text writing and editing company.  Before writing his own text, he worked on chemistry, biochemistry, and physics texts for several major college publishers.  He resides with his wife and child in Massachusetts.  For relaxation, he cooks, sings, and walks in the woods.

Patricia Amateis graduated with a B.S. in Chemistry Education from Concord University in West Virginia and a PhD in Analytical Chemistry from Virginia Tech. She has been on the faculty of the Chemistry Department at Virginia Tech for 28 years, teaching General Chemistry and Analytical Chemistry. For the past 13 years, she has served as Director of General Chemistry, responsible for the oversight of both the lecture and lab portions of the large General Chemistry program. She has taught thousands of students during her career and has been awarded the University Sporn Award for Introductory Teaching, the Alumni Teaching Award, and the William E. Wine Award for a history of university teaching excellence. She and her husband live in Blacksburg, Virginia and are the parents of three adult children. In her free time, she enjoys biking, hiking, competing in the occasional sprint triathlon, and playing the double second in Panjammers, Blacksburgs steel drum band.