Artículos relacionados a The prince and the pauper. Con file audio MP3 scaricabili:... 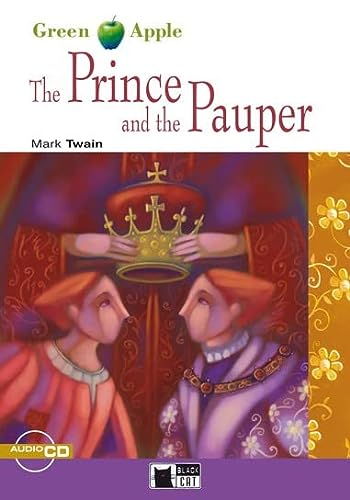 1881. From Mark Twain, one of the most widely loved and celebrated American writers, comes the story about Young Prince Edward, who lived a life of luxury with servants to grant his every wish and Tom Canty, who spent his days begging on the streets, and his nights in a hovel with his tyrannical father. When the two boys meet, a simple switch of clothing sets them on a path they'd never dreamed possible. The prince, mistaken for Tom, is forced to live a pauper's life, while Tom unwillingly takes on the life of a prince. And in the end, each boy finds the king inside himself. See other titles by this author available from Kessinger Publishing.

Prince and the Pauper+cd (Green Apple Step One)

The Prince and the Pauper (Green Apple Step One)