Artículos relacionados a The Zahir: A Novel of Love, Longing and Obsession

Coelho, Paulo The Zahir: A Novel of Love, Longing and Obsession

The Zahir: A Novel of Love, Longing and Obsession 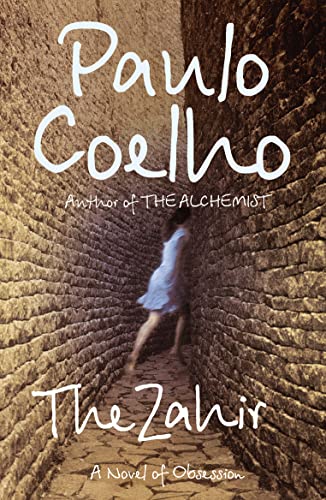 'Coelho's writing is beautifully poetic but his message is what counts... he gives me hope and puts a smile on my face.'
DAILY EXPRESS

'His books have had a life-enhancing impact on millions of people.'
THE TIMES

'One of the few to deserve the term "Publishing Phenomenon".'
THE INDEPENDENT ON SUNDAY

With more than 30 million copies sold, The Alchemist is one of the best loved and bestselling books in the world. The Zahir, Paulo Coelho's new novel, is a perfect follow-on to The Alchemist. Paulo picks up the theme of the pilgrimage but tells a very different, gripping story of love, loss and passionate obsession.

It begins with a glimpse or a passing thought. It ends in obsession.

One day a renowned author discovers that his wife, a war correspondent, has disappeared leaving no trace. Though time brings more success and new love, he remains mystified – and increasingly fascinated – by her absence. Was she kidnapped, blackmailed, or simply bored with their marriage? The unrest she causes is as strong as the attraction she exerts.

His search for her – and for the truth of his own life – takes him from France to Spain, Croatia and, eventually, the bleakly beautiful landscape of Central Asia. More than that, it takes him from the safety of his world to a totally unknown path, searching for a new understanding of the nature of love and the power of destiny.

With The Zahir, Paulo Coelho demonstrates not just his powerful and captivating storytelling, but also his extraordinary insight into what it is to be a human being in a world full of possibility.

In Arabic Zahir means 'visible, present and unable to go unnoticed.' It refers to something or someone that ends up being the only thing we can think of. This state of 'possession' can be understood as saintliness or insanity, with a fine line between the two.