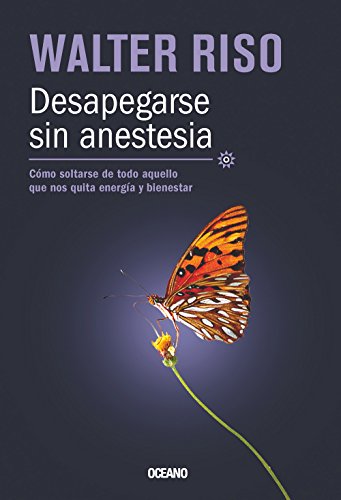 One of the worst psychological ills that exist is emotional attachment. This type of dependency not only causes suffering and infidelity, but it also creates an obstacle to personal growth. Walter Riso demonstrates that attaching oneself to a person, object, activity, or sentiment in an obsessive or irrational way impedes obtaining a full and happy life. These pages invite us to leave behind what we do not need, that which imprisons and ties down our development, reducing the capacity we have to decide and act. Detaching oneself does not mean renouncing passions or goals, or demonstrating indifference to others. Contrarily, it deals with assuming a free existence, without encrypting individual wellbeing or the meaning of life in a specific aspect of reality.

Descripción Condición: Good. All of our items are donated goods, some books may come like new, or used with some markings and a bit of highlighting. Dust jacket may not be included for hardcover. We cannot guarantee digital codes are redeemable, or valid, as these are donated goods. Nş de ref. del artículo: 3NCLXY000WS6